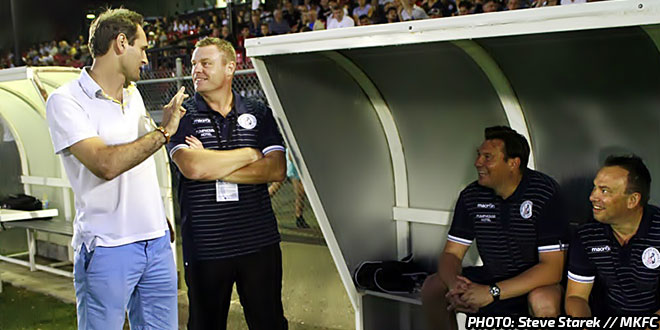 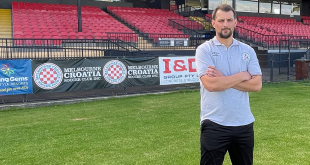 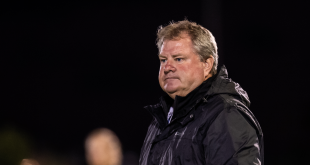 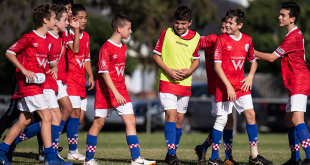 For a long time, prior to the independence of Croatia in 1991, the Melbourne Knights was viewed by the Croatian community in Victoria as their national team, being an enormous source of pride as the club won countless trophies under the Croatia name and flag.

Since Croatia’s independence the Croatian community across the entire diaspora has keenly followed the national team, feeling a deep connection to a team that not only represents the sovereign nation of Croatia but also represents the Croatian people no matter where in the world they may live. There is no better example of this than the many diaspora Croats that have gone on to represent Croatia over the last 25 years, including current star and Swiss born Ivan Rakitic.

At the Melbourne Knights we have a long history of producing international talent, at the moment our tally of Socceroos for example sits at an impressive 41. We have also been privileged to have had 3 Croatian internationals play for the club, and with the Euros taking place there could be no better time than now to have a look back at the clubs history with the Croatian national team.

Zeljko Adzic was the first Croatian international to wear the Knights jersey. Adzic was brought out to Australia in 1989, having come from Canada’s Hamilton Steelers where he had earned an impressive reputation as a prolific goal scorer.

Adzic would make an immediate impact on both the Knights and the National Soccer League as a whole, being one of the best foreign imports to ever play in Australia. His two seasons at the club saw the striker score 24 goals from 38 matches as he led the charge in bringing finals football back to the Knights after a number of years stuck in mid table mediocrity.

In 1990 Adzic was rewarded with the Johnny Warren Medal, which came on top of his consecutive best and fairest awards at the Knights. Adzic would return to Croatia after the completion of the 1989/90 NSL season, signing for Dinamo Zagreb. In 1993 Adzic would play his one and only match for Croatia in a friendly against Ukraine.

Former goalkeeper Joe Didulica is the most recent Croatian international to come from the club. The Geelong native spent his early days at our sister club North Geelong, coming through its junior ranks before being signed by the Knights for the 1996/97 season.

Didulica would get his shot at first team football in round 7 of that season, replacing Vilson Knezevic who had broken his arm in the previous derby clash against South Melbourne. The 19 year old Didulica was impressive on debut, earning a clean sheet in the 2-0 win over the Newcastle Breakers. Didulica would go on to spend 3 seasons at the club as the first choice keeper, playing a total of 60 games.

In 1999 the Knights sold Didulica to Dutch giants Ajax Amsterdam. He would spend over a decade in Europe, with his best spell coming at his time in Austria with Austria Vienna. It was during this period when Didulica earned a call up the Croatian national team, making his debut for Croatia in 2004 in a friendly against Macedonia.

Didulica would only receive 4 caps for Croatia as he unfortunately came into the set-up during a period when Stipe Pletikosa had the goalkeeping position firmly locked down. Though Diduclica would make Croatia’s 23 man squad for the 2006 World Cup, alongside fellow Australian-Croats Ante Seric and Josip Simunic.

Didulica would retire from football in 2011 at the age of 33 due to recurring neck and head injuries. Currently he is on the Melbourne Heart coaching staff, acting as goalkeeper coach for the A-League franchise.

Finally we come to the most obvious, a man who is regarded as one of the greatest players to ever play for the Melbourne Knights, the legendary Josip Simunic. He was born and grew up in Canberra, coming through the ranks of Canberra FC (then known as Canberra Croatia), a club that would produce many great players such as Socceroos Ned Zelic and Ante Juric.

Simunic was picked up by the Knights for the 1995/96 season, joining a team that was defending its NSL title from the previous year. Simunic would have to wait until the second half of the season before he got his debut in the senior side, starting as a 17 year old in the round 18 clash against Sydney United which ended 0-0. The young defender earned rave reviews for his performance, cementing his spot in the starting 11 for the rest of the season and going on to win the NSL championship with the club.

It was a remarkable debut season for Simunic which saw the young defender win the club’s best and fairest award despite having only played in roughly half of the season’s matches. After another season at the Knights he would finish his club tally on 33 appearances with 3 goals.

In 1997 the Knights would sell Simunic to the Bundesliga club Hamburger SV. Simunic would spend a total of 14 years in Germany, playing 271 Bundesliga matches with the majority being at Hertha Berlin.

Simunic made his debut for Croatia in 2001 in a friendly against South Korea, having turned down a number of call ups from the Australian national team. Simunic immediately cemented a starting spot and would play in all 3 of Croatia’s matches at the 2002 World Cup soon after.

Before his retirement from football in 2014, Simunic represented Croatia at 2 World Cups and 3 European Championships. In total he played 105 matches for Croatia, placing him 3rd overall for most caps and making him one of only 5 players to hit the century mark.

Now in 2016 the Knights connection with the Croatian national team continues as Simunic is was part of Croatia’s coaching staff at the current Euro’s with his role of assistant under head coach Ante Cacic. 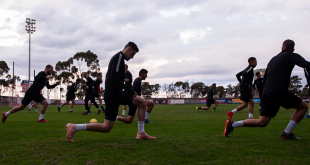