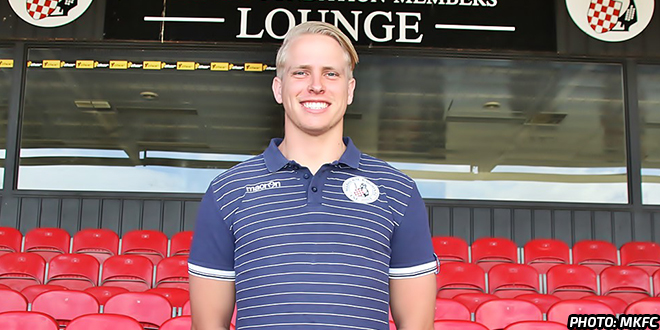 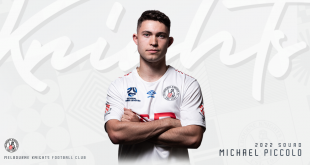 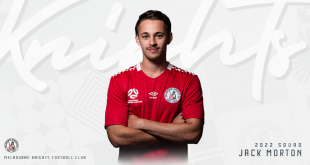 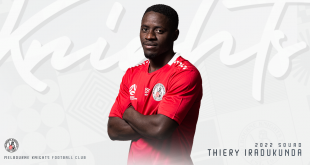 Goalkeeper Fraser Chalmers has become the latest addition to Melbourne Knights’ squad, as Andrew Marth applies the finishing touches ahead of the 2016 PS4 NPL Season.


It’s one of the more high-profile signings of the off-season, with the Club filling the void left by recent departee Chris May. Chalmers will compete for the number one goalkeeper spot with fellow shot stopper Michael O’Farrell, while 17-year-old Harry Cakarun will also be involved with the senior set-up.

Towering at 190cm, the 20-year-old has been plying his trade in NPL Queensland, firstly with the Brisbane Roar Youth team before joining former NSL rivals Brisbane Strikers, narrowly missing out on a championship.

Initially earmarked as Chris Oldfields’ replacement at league rivals Hume City, Fraser expressed his determination to test himself in a stronger competition, and sees Knights Stadium as the perfect location.

“I believe the competition here is stronger as a whole,” Chalmers said to Knights Media.

“There was an opportunity at Hume, however unfortunately for Chris (Oldfield), his move didn’t eventuate. I need to be playing game time, I feel like that opportunity is here”.

With Chalmers competing to fill the hole left by May, the expectations have been set high by all involved.

“Chris did a great job last year, its definitely big shoes to fill, and I’m looking forward to the challenge”

“Winning the Goalkeeper of the Year award is every keeper’s ambition”.

Fraser addition is Andrew Marth’s seventh of the pre-season.

Have you purchased your Melbourne Knights membership for the 2016 season? The Knights is calling ALL supporters to sign up and show your support in what will be a huge season for all aspects of the Club. Visit http://bit.ly/#1yS5fiX for details. 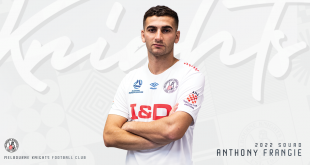