Knights with too little, too late The Oakleigh Cannons have ended a two match losing streak after defeating the Melbourne Knights 2-1 at Knights Stadium on Sunday evening, thanks to two first half goals to Dane Milovanovic and Frank Lagana.
The Knights fielded a depleted first eleven missing key players Mathieu Welmant and Jean-Charles Dubios, and immediately found themselves on the back foot from an Oakleigh side that came out all Cannons blazing. After just five minutes Ricky Diaco thought he was clean through on goal, until a desperate challenge from Adam Zilic thwarted any attempt of a shot at goal.
Diaco was in the thick of it early, and in the 9th minute he forced a mistake from De Camargo Junior, winning possession on the edge of the box, the striker’s shot beating Martin John in the Knights goal, but struck the post as the Cannons pushed for an opener.
They didn’t have to wait much longer as just a minute later, Diaco sent in a telling cross that found Dane Milovanovic unmarked in a crowed box to head home a much deserved opened for the visitors. This sparked the home side into action, in the 15th minute Daniel Dragicevic set up Jacob Colosimo who forced a fine save from Peter Zios in the Cannons’ goal.
Rudi Saglam was guilty of wasting a good chance on goal by blazing well over, before Adam Zilic’s long range drive found Zois equal to the test. The Cannons keeper was commanding his area superbly, confidently catching any ball that the home side put into the box. Oakleigh almost doubled the lead in the 36th minute, when the referee got in the way of play, with the ball falling invitingly for Walker who stuck a 25 yard effort onto the crossbar.
In the 40th minute, a superb pass from Filipovic set up Jacob Colosimo with a one on one with Zois, the Cannons keeper again denying the home side with a fine save low to his left. Just as the Knights conceded they would be going into the half time break trailing by the one goal, the Cannons sent a dagger though their hearts. A Lagana free kick from 35 yards out, somehow was missed by everyone and was allowed to roll into the far post much to the bemusement of the Knights players and their fans.
A Diaco free kick early into the second half drew a good save from Martin John as the Cannons started the second half in a similar fashion to the first. However in the 52nd minute the home side found a way back into the match, Peter Zois who had been flawless up until this point, fouled Dragicevic inside the box and conceded a penalty. Kozic confidently sent Zois the opposite direction to score his fourth for the season, all from the spot.
The Knights pushed forward and looked dangerous on the attack, but the absences of Welmant and Dubios was evident as the home side lacked any creativity and flair in the final third. Dragicevic had the best chance for the Knights to equalise in the 72nd minute when his 30 yard volley cannoned off the crossbar.
Oakleigh defended well for the last fifteen minutes, slowing down the tempo of the match and holding off the waves of Knights pressure.
The visitors could have pinched a third goal in stoppage time as former Knights player Melvin Becket broke clear and lobbed his effort over John but just fell agonisingly wide.
In more positive news, the Melbourne Knights Youth team continued its six match unbeaten streak disposing of top of the table Oakleigh 2-0 with goals coming to Robert Pelle and Brandon Zezovski. The win sees the Youth team slot into second position on goal difference.
Next week the Cannons host the bottom of the ladder St Albans on Friday night, whilst the Melbourne Knights face a tough away trip to Heidelberg on Sunday evening. Knights edge out Dandy for the win

The Melbourne Knights have secured a much needed three points at home, defeating a 10-man … 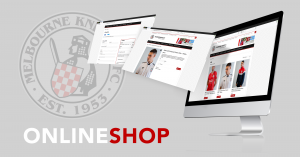