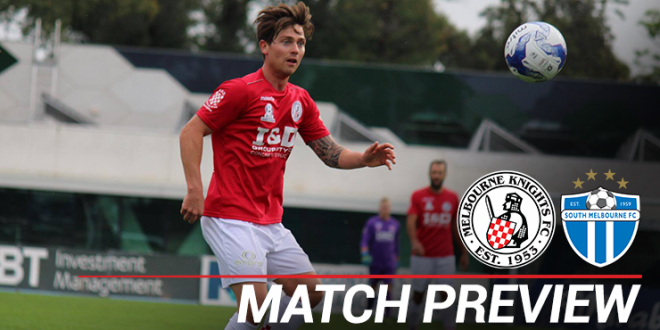 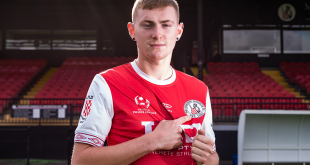 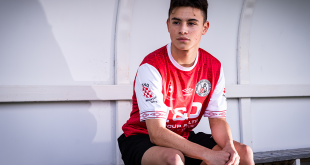 Sanchez gets a Seniors call up

MKFC – U18 Player Expression of Interest

The next installment of the Original Melbourne Derby takes place on Friday Night at Knights Stadium, with arch-rivals Melbourne Knights and South Melbourne needing the valuable points on offer for vastly different reasons.


Ben Surey’s squad came away from the Olympic Village empty handed on Sunday and will feel aggrieved not to have earned at least a point after striking the woodwork 3 times.

Under the leadership of Surey the Knights have shown vast improvement across the board, particularly in defense where the only two goals conceded in the past fortnight were via contentious penalty decisions.

Although the performances have been improved, the squad have received little reward for effort and are eager to breakthrough for that elusive victory to jump start a survival push.

The visit of South Melbourne sees the Lakeside outfit looking to keep in touch with league leaders Heidelberg for the title race.

South’s impressive form which saw Chris Taylor’s men charge up the table coincided with the benefit of playing 12 home games from the past 15 fixtures. Last week’s 5-1 win against North Geelong was the first time since May that South Melbourne played a league fixture away from Lakeside.

Their early season goal woes have been long forgotten with Milos Lujic finding his goal scoring boots with 12 goals to date, and has been well supported by Matthew Millar (9 goals), Nick Epifano (6 goals) & Leigh Minopoulos (5 goals).

South Melbourne’s away form was the main cause for their early season slump, with only 3 wins from 10 games so far this season.

With this being another highly anticipated grudge match, the form guide can be thrown out the window as both sides will be seeking maximum points for different yet equally important reasons.